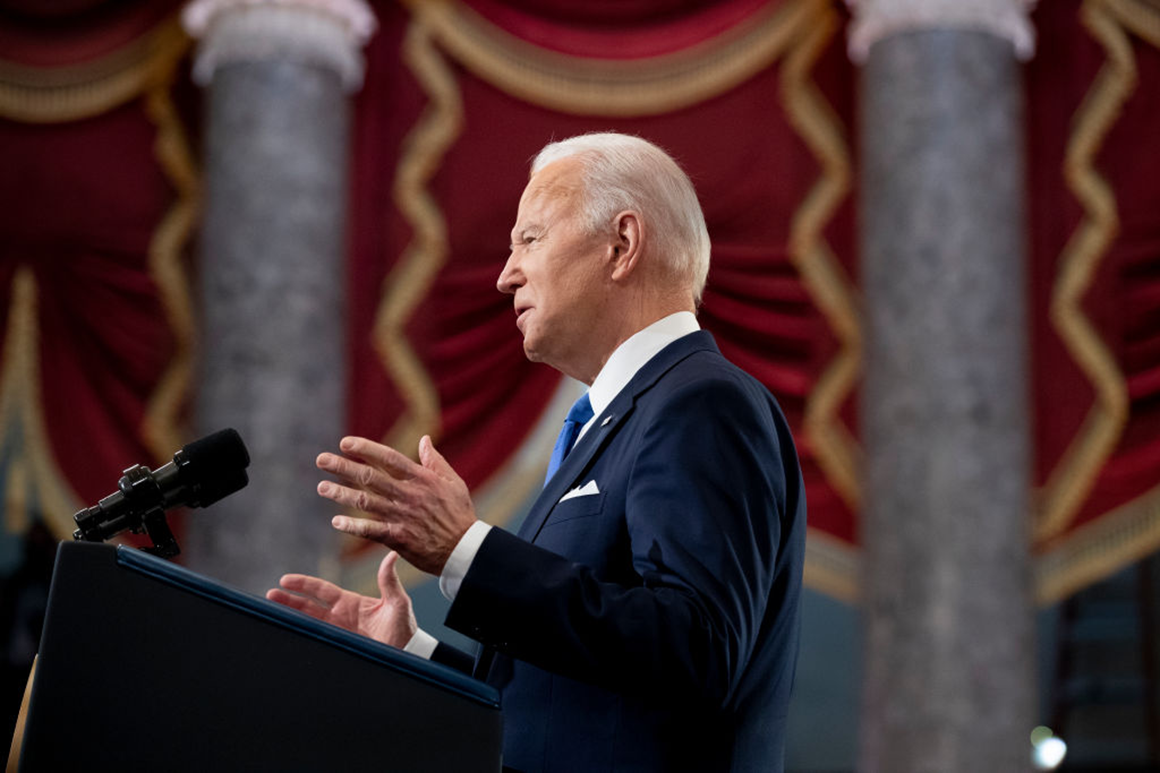 As a brutal surge of Omicron infections hits an exhausted nation, a growing number of Democrats are urging the Biden White House to reset its Covid battle plan to prevent what they fear could mushroom into a crisis of trust in public health authorities as cases spike in virtually every state.

Democrats acknowledge that the latest Covid-19 variant is the most vexing to date, with plenty still unknown about its severity and resistance to treatments. But many are warning that some messaging from agencies such as the Centers for Disease Control and Prevention is fueling more confusion, and the government needs to evolve in its response to keep up with a dramatically changing virus.

Even some Democratic leaders say the Biden administration should do more to clarify its Covid guidance after several weeks of whiplash.

“We need to make it very clear: This is not easy. We understand it’s not easy, but we’ve got to follow the rules,” House Majority Leader Steny Hoyer said in a brief interview. “But the rules need to be clear, and the CDC needs to be clearer than it has been.”

More guidance from the White House could come during a Biden speech on Thursday, where he will speak on the state of the pandemic. And president Joe Biden may use that speech to address the criticisms levied against at least one of the CDC’s recent decisions — its reluctance to issue a nationwide recommendation to use higher-quality masks such as N-95 or KN-95.

The party’s resurgent pandemic fears were at the forefront Tuesday as the White House’s top health officials appeared on Capitol Hill for the first time since the Omicron variant became the dominant strain in the U.S. last month. At the hearing, Senate HELP Chair Patty Murray (D-Wash.) called the recent changes in CDC guidance “confusing and frustrating” and criticized the administration for ongoing supply shortages and other headaches plaguing her home state and the nation.

“I’m frustrated we are still behind on issues as important to families as testing, and supporting schools,” she said. “That’s not to say we haven’t made progress — it’s just clear we haven’t made enough.”

Democrats are venting outside of hearings, too. More than 50 House and Senate Democrats signed a letter to Biden this week calling on his administration to increase the availability of rapid tests and eliminate barriers to testing, one of the most glaring challenges on Omicron. Other lawmakers, such as Rep. Josh Gottheimer (D-N.J.), have sent their own letters.

Beyond the obvious challenges with the global supply chain in a pandemic, Democrats acknowledge there are still big questions about how — and when — to test with an entirely new variant.

“What people want is simplicity,” said Rep. Gregory Meeks (D-N.Y.), offering as an example that people can test positive for Omicron using one type of test, but test negative using another. “We’re learning more. That causes the public, initially at any rate, to scratch their head to try to figure out what’s going on.”

Meanwhile, as cases in the U.S. spike, the CDC responded last week by slashing in half its 10-day isolation guidelines for those who test positive with the virus. Now, the agency is encouraging infected people to quarantine for “at least” five days. To reenter society, they don’t need to test negative, as long as that person wears a mask and is not symptomatic.

The recommendations veered so dramatically from the agency’s initial advice that it quickly became a viral internet meme. Asked about the criticism, CDC Director Rochelle Walensky defended the agency’s decision on Tuesday, telling senators that the change was prompted both by new data on when people are most likely to spread the virus and the pressing need to keep hospitals, schools, pharmacies and other hard-hit workforces from collapsing.

“Shortages could have and have been proven to have dire public health consequences,” she said. “This is the right guidance for what we currently know about transmission and the real world circumstances we currently face.”

Democrats acknowledge the evolving science is difficult to communicate, particularly to a nation fatigued by the last two years, but still argue the administration can do better. At least one Democrat, Rep. Ro Khanna of California, has called for a new chief at CDC — someone who “really has the respect of the public health community, and has been right on a lot of the calls.”

“People are trying to figure out what exactly to do. Are you supposed to quarantine for five days, even if you have symptoms? Or not?” added Rep. Jan Schakowsky (D-Ill.), one of the dozens of Democrats who signed the letter to Biden about testing availability this week.

Schakowsky noted that she and other Democrats did receive a White House briefing this week on some new coronavirus treatments. And while it’s “very important” to sort this out in the coming weeks, she said, “I think there’s catch-up going on.”

Many Democrats are clear that they don’t blame Biden or his administration for a virus that is now slipping past previous defenses such as vaccination or prior immunity. But they say health officials have to deliver clearer answers about how to avoid its spread.

“I think the administration is doing a great job. I think the CDC needs to have a little more clarity,” Speaker Nancy Pelosi said in a brief interview. Pointing to her own N95-type mask, she added, “My message is that if everyone wears these masks, not cloth masks, we could be rid of this in a short period of time.”

Even former Biden administration advisers are speaking out publicly and urging a new strategy, warning that continuing on the current path will swamp the nation’s already overwhelmed hospitals and delay the country’s recovery.

Celine Gounder, a New York University epidemiologist and former adviser to the Biden transition, is among those critics — telling POLITICO a new plan that isn’t based solely on vaccinations is essential. Without one, and absent more investments in better ventilation and more accessible therapies, “eventually we’re going to have to build more hospitals and hire more doctors and nurses.”

“When the virus mutates, you have to change your plan,” added Zeke Emanuel, another former Biden adviser calling for a new strategy. While the president’s pandemic policies were successful until the summer’s Delta surge, Emanuel said, the administration has to focus ahead and build systems for where the country needs to be in three, six and twelve months.

“We think there’s too much reactivity rather than being proactive,” he said. “If you don’t do today what will help six months from now, you’re going to be in trouble.”